Save the Cheerleader...Save the World 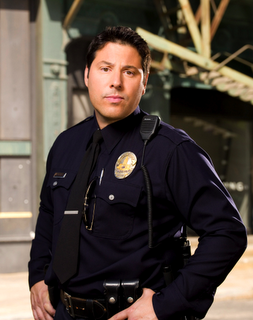 So this season seems to have the best batch of new shows in recent memory. I'm enjoying The Nine, Jericho, Ugly Betty, and 30 Rock. The unexpected hit, however, is Heroes. I was expected a fun show that struggled through it's one and onlu season with an unsatifying series finale. The good news is it is bringing in higher than expected ratings and NBC has picked it up for the entire 22 episodes. It is also much better than I expected. I was thinking it was going to go along the Buffy/Smallville paradigm with everyone keeping secret identities, the bad guy of the week killing people, and the strange stuff all ignored by the normal population. Luckily it's much more involved. The mutants have a standard variety of super powers: telepathic, flight, cellular regeneration, controlling time, seeing the future. But the mutants are becoming aware of their abilities and that there are others out there. And there is a evil group wanting to control them. And one powerful mutant killing all of them (Syler). And there is a big problem coming that two of them know about: NYC is going to be nuked in 5 weeks.

Episode 4 was the best one yet. First the cheerleader wakes up on the autopsy table, sighs, and pulls her skin back on. Later Hiro and Ando use Hiro's power of time manipulation to win money at Las Vegas. Then Niki kicks series butt and has sex with the flying congressman. Finally Peter gets visited by future Hiro at the end of the episode. This show has shot up to the top of my list of new shows this year. Watch the latest episode online: http://www.nbc.com/Heroes/