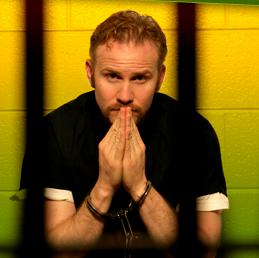 Tonight is the finale of the second season of 30 Days on FX. There were only 6 episodes this season. Tonight's episode follows the series creator and Big Mac enthuthiest Morgan Spurlock as he goes to jail for 30 days. The episode this season I enjoyed the most was the Abortion episode. A pro-choice worker goes to work and live in a home for single mothers run by pro-life people. It was clear the pro-life people had a huge number of misconceptions about the pro-choice people. The main woman made the profound statement that they could all live together for a thousand years and never change the others mind. It's so true which is why I've always tried to stay out of the argument my entire life.

The best episode of 30 Days wasn't even an episode but a segment on The Colbert Report. After being a guest with Stephen, he showed a average guy who had to sit in the Colbert audience for 30 Days. It was very funny.