The funniest reality show EVER 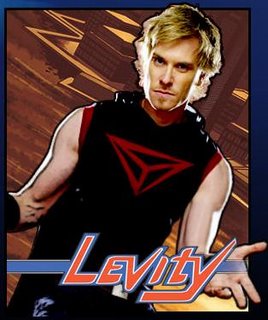 This morning I watched Who Wants to Be a Superhero? before work. I laughed my ass off. The super heros were given a task of changing into their superhero outfits in public without being seen and then run across the plaza to the finish line. Right before the finish line they planted a little girl who was "lost" and couldn't find her "mommy". Only four of the ten superheros wavered from their task to help the poor lost girl. Captain Victory not only loudly called the little girl's mommy's name across the plaza, but he then carried her to the nearby security office. What a hero. Unfortunately Nitro G who not only missed the little girl, but he failed to conceal himself while changing, was eliminated. Sadly earlier in the episode the gay superhero was the first to be eliminated. They had a spy interviewing people as to their reasons for being on the show to determine if their hearts were pure. Unfortunately since Levity secret identity, Tobias Trost's profession is making personalize action figures, he was seen to have a conflict of interest and was forced to turn in his super suit. By the way, you too can have your own action figure. Even DJ Manny Lehman has his own action figure: BeatMaster. I was recently quoted as saying Manny Lehman is the second biggest threat to the gay community after George Bush.