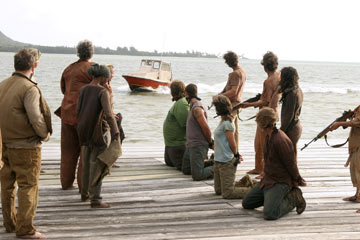 I'm just quoting Charlie to Claire. In fact lots happened and LOST keeps on delivering. A great show is one that introduces mysteries and solves them while introducing more mysteries. We now know the secrets of the hatch and so forth. The only thing I was disappointed in was the Libby story line. She's dead now and we didn't learn anything new about her character. In fact we have more mysteries surrounding her. And for the first time last night we got to see events that happened back in civilization. That's big. Here's what we know:

and the biggest question...Which cast members are signed on for next season?