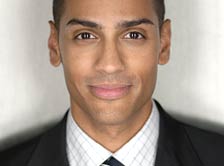 I love it when teams are so cocky about the task and then they lose by a high margin. It happened last year when the men were certain of their victory in the sports car marketing challenge. Last night they were all certain they would prevail in the tailgate party, but they lost. Michael got blamed for the lose and I'm happy to see him go. Did he increase sales at all? In the cab he was complaining about being fired for almost giving away a resource but that would have been forgotten if he had actually made lots of sales, which he didn't. I think the biggest failure of the men's team was their pricing which was all on Lee. But like all tasks they is often no way to categorize a failure other than the other team came up with a better strategy. Allie herself said they invented tailgate delivery and that increased sales substantially. Who wants to walk through the cold when some hot blonde will bring your food right to you. My hope is the final two will come down between Sean and Tammy. Lee, Allie, and Roxanne are annoying and useless.